A Setting for America

In case you missed this post on Memorial Day 2011, I am re-posting..  Enjoy your barbeques, parties, and celebrations!  Say a prayer for our troops, for if it wasn't for them, there would be no celebrations.  Read to the end for an update and a moving tribute from Cammie to her Mom!!

There have been many movies based on the Vietnam War.  A lot of us were touched by this and other wars in a personal way, and so it is with the movie We Were Soldiers.  This movie was based on the first major engagement of the Vietnam War, documented in the book We Were Soldiers Once...and Young by Lieutenant Gen. (Ret.) Hal Moore and reporter Joe Galloway.  It depicts the Battle of la Drang, in which 450 U.S. soldiers from the U.S. 7th Air Cavalry were dropped in the la Drang Valley to attack enemy North Vietnamese and are surrounded by 2000 enemy soldiers in what would become the worst battle of the Vietnam War.  Mel Gibson stars as Lt. Hal Moore and Chris Klein stars as John Lance "Jack" Geoghegan, a young infantry lieutenant who was killed during the battle while tending to a wounded fellow soldier, Willie Godboldt.  Jack Geoghegan, age 24 at the time of his death, was the only son of John & Camille D. Geoghegan.  He married Barbara Weathers on June 13, 1964 and his daughter, Camille Ann (Cammie), was born the following June, 1965.   Tragically, Cammie was only five months old at the time of her father's death.  Cammie is my next door neighbor and a dear friend. 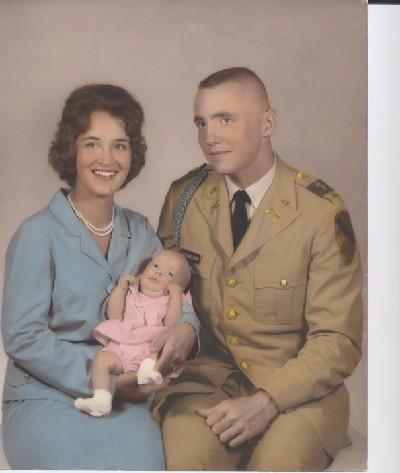 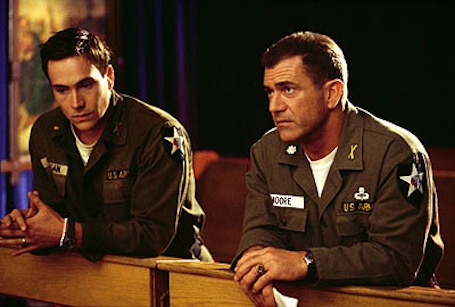 Lt. Geoghegan and Lt. Moore, portrayed by Chris Klein and Mel Gibson, talk and pray together before their deployment to Vietnam.  Geoghegan (Klein) wears a baby bracelet with the name of his daughter, Camille, on it. 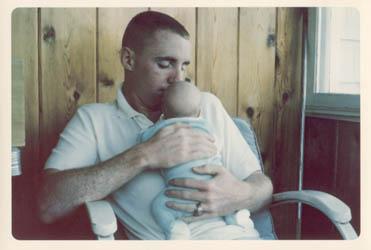 Cammie and her Dad.

We Were Soldiers is a tribute to the loving fathers, brothers, and sons who sacrificed their lives that day and reflects their loyalty, valor, and love for one another while under fire.  I was invited by Cammie to view the premier of the movie in our hometown.  It was a very emotional experience for me, and it's hard to explain the feelings of loss I felt for my friend.  Fortunately, her mother, Barbara, went on to remarry John Johns, a devoted stepfather who honored Jack's memory.  Johns was also a military man, and became a Brigadier General in 1975.  I have had the pleasure of getting to know Cammie's mother, stepfather, and her sister and brother.  They are an amazing, loving family. 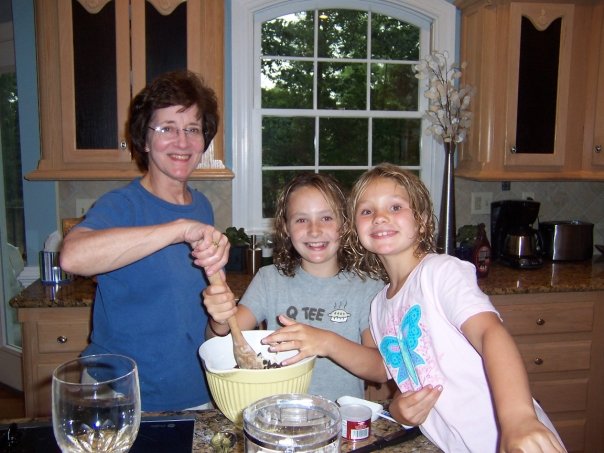 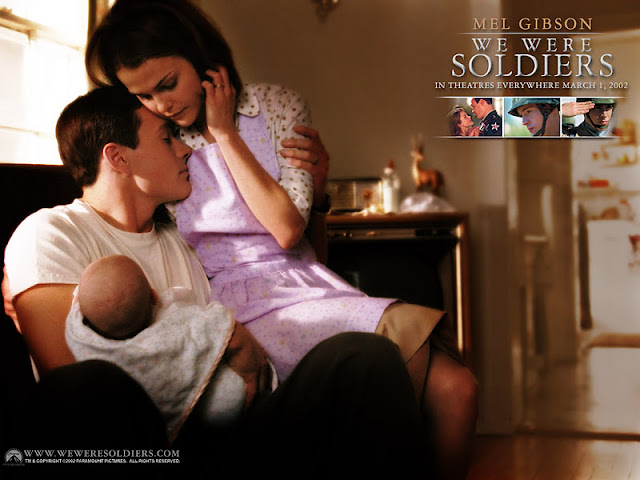 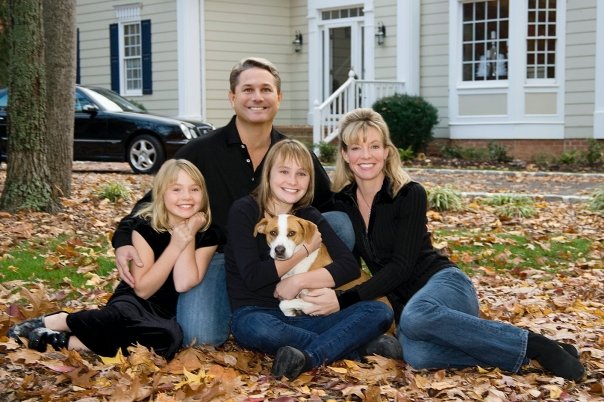 Cammie, with her husband, Ray Olson, their two girls--Julie and Stephanie, and their dog, Reesie. 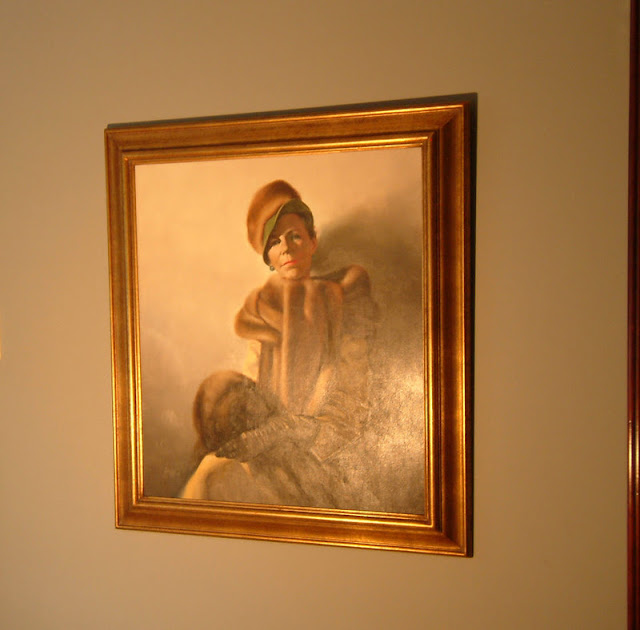 A beautiful oil painting of Cammie's paternal grandmother hangs in her dining room.  I can see the family resemblance. 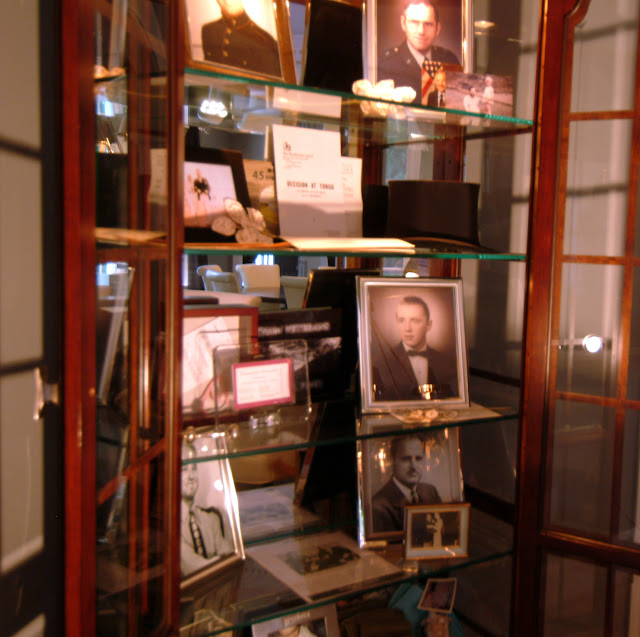 Also in Cammie's dining room, a curio cabinet holds precious photos and memorabilia.  Her dad's picture is on the center right. 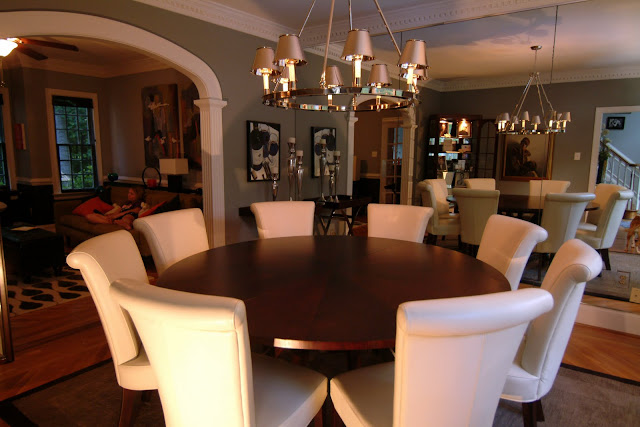 Her lovely dining room has a mirrored wall that makes the room so classy, and I love her gorgeous chandelier. 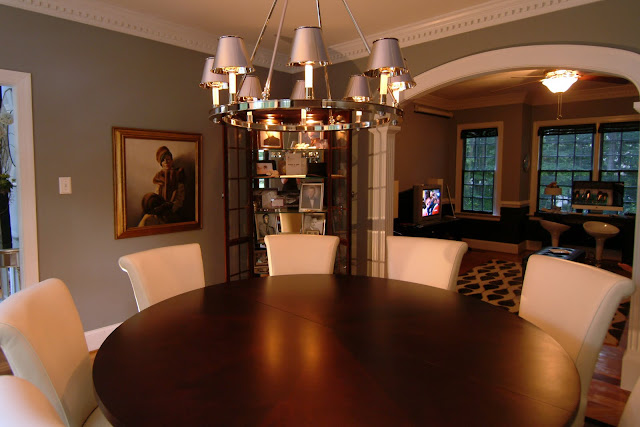 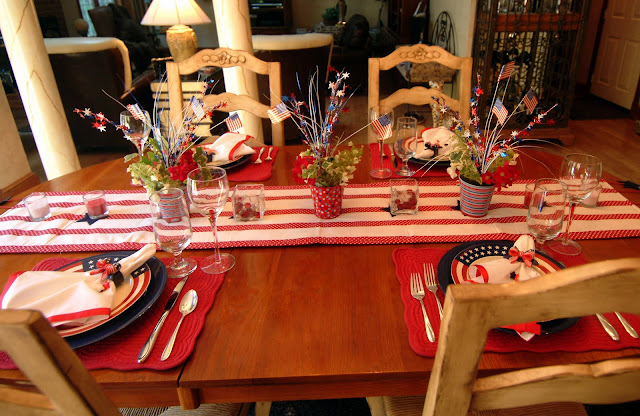 So I just would like to say Thank You to all those who have served, are serving, and the families that have given their loved ones to protect our country and freedoms. 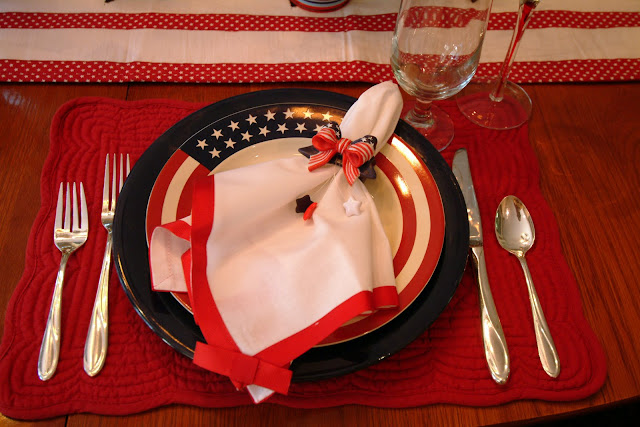 Feel free to sing along!  'And I'm proud to be an American where at least I know I'm free 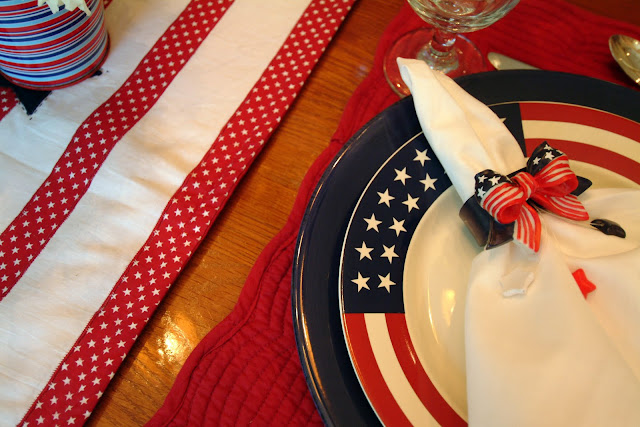 And I won't forget the men who died 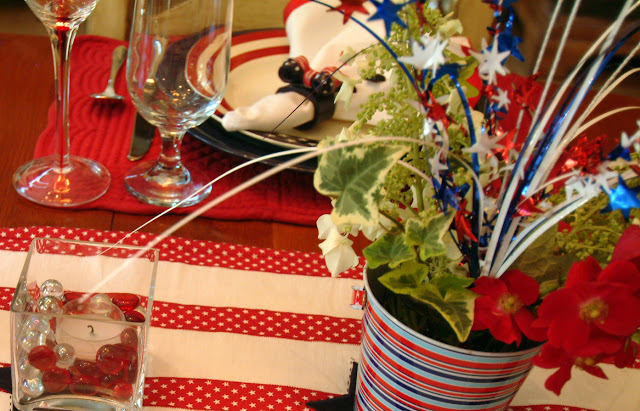 who gave that right to me. 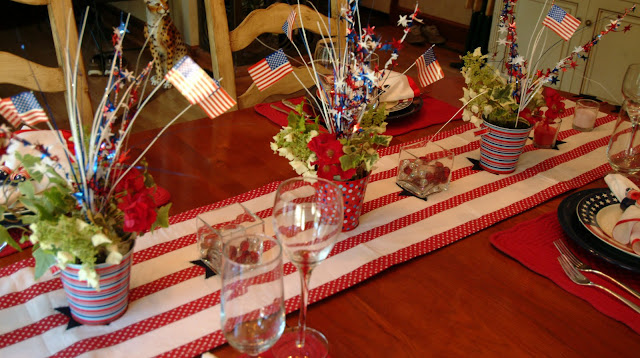 And I gladly stand up, next to you, 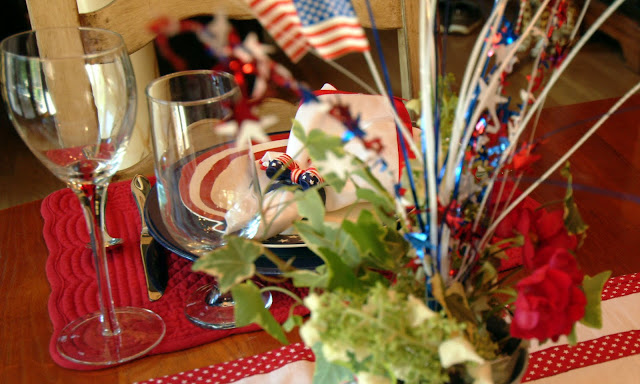 and defend her still today. 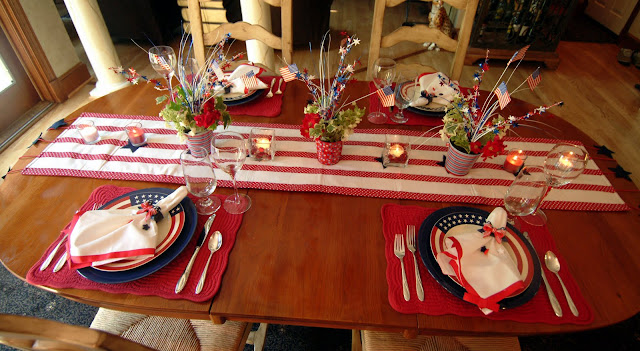 'Cause there ain't no doubt I love this land! 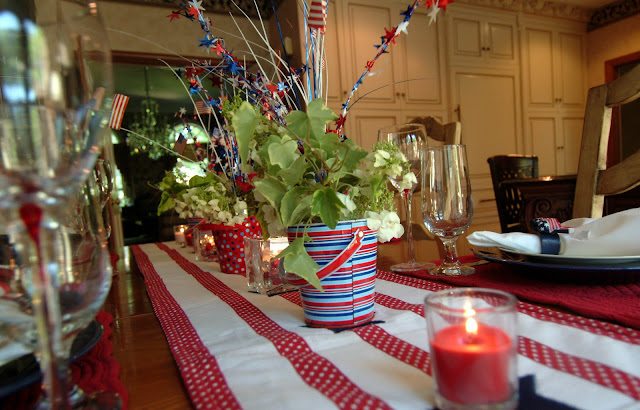 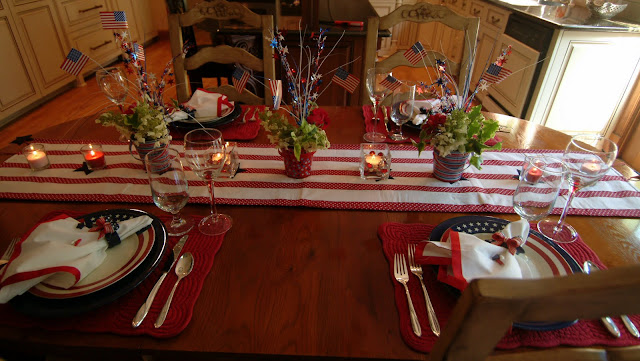 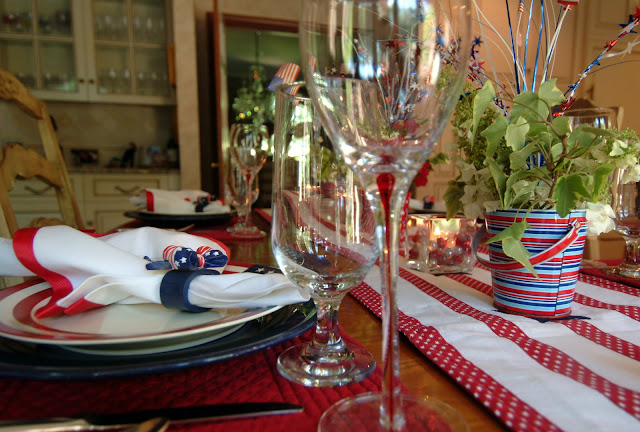 My own father served in World War II, as Chief Petty Officer in the navy.  Although he didn't speak much about his experience, I know that he was loyal to his country, and would have made the navy his career, if my mother would have agreed.  She did not want to leave her family, so he left the navy and they were married. 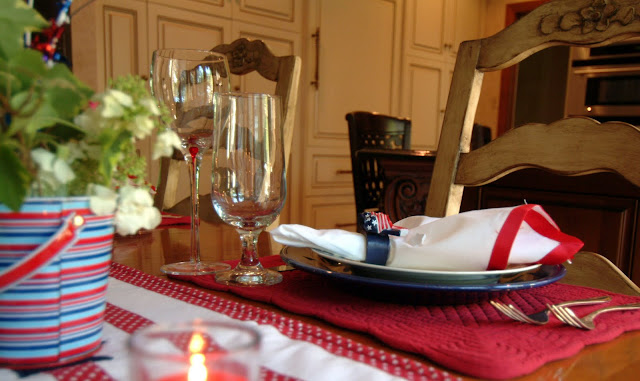 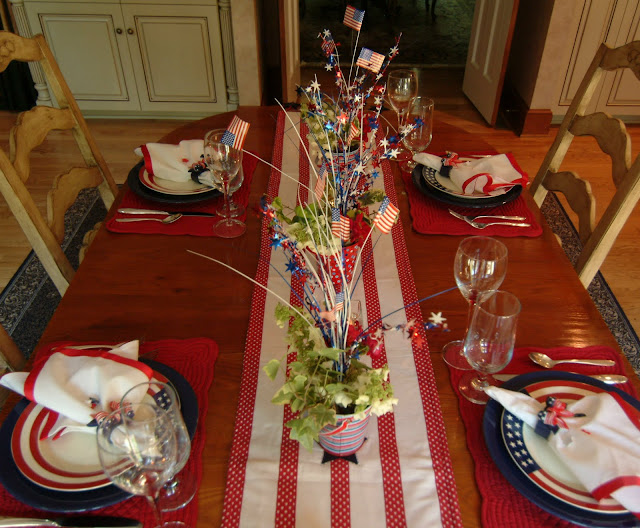 A few years back, Cammie journeyed to Vietnam with other sons and daughters who had lost loved ones.  Read about their journey here.

If you haven't seen the movie We Were Soldiers, take some time to watch it.  You'll be glad you did.  Make sure you have tissues nearby!  :)  Thanks for visiting, I always appreciate your kind comments!!

Take the time to read Cammie's  tribute to her mom on the Sons and Daughters in Touch website by clicking here!! 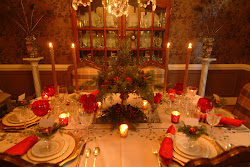 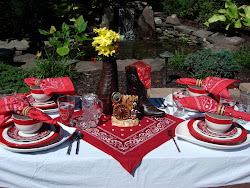 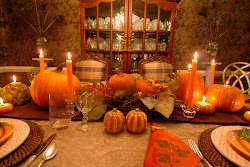 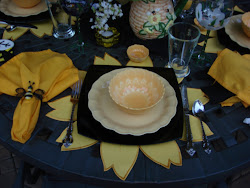 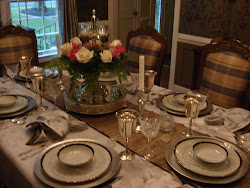